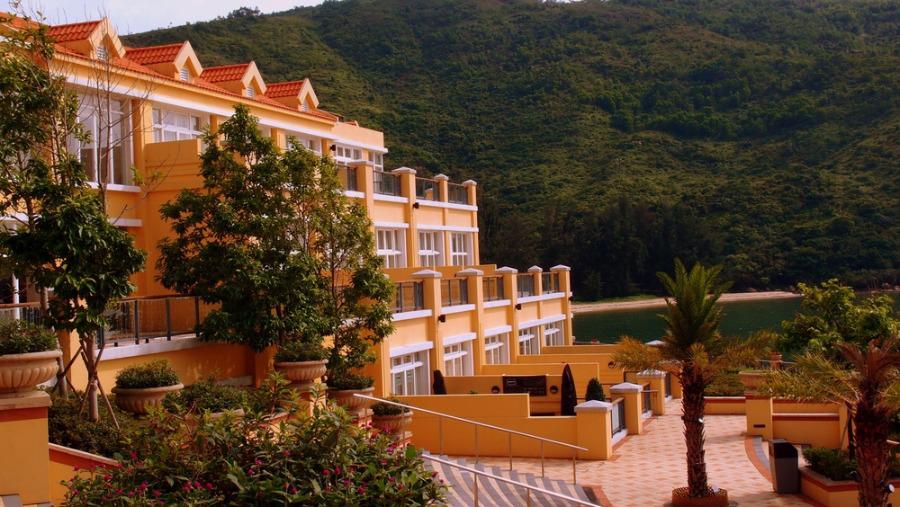 In recent years, gated communities have emerged in Hong Kong as a product. Like cars or television, quality accommodation is offered as commodities, in a finite range of models, for purchase.

The privilege of being able to live behind gates, protected by guards and surveillance is seen as a social separation of the well-to-do and the have-nots. Enclaves with restricted access, private streets, and customised outdoor furnitures make up the social identities of the residents.

To cater to this segment of the market, Hong Kong developers have found it especially lucrative to buy up undesirable lands in impoverished rural surrounds or squatter settlements, then building walls and luxury homes inside them.

One typical example of such development is Palm Springs, a luxury residency near Wo Shang Wai in the New Territories. The design of the buildings, the palm trees, swimming pools and mini-plazas clad in marble stones conjure an image of luxury depicted in the media. The imagination is then sold, like an interesting new cosmetic product off a home-shopping channel.

Isolated from the dreary surrounding, the first-class facilities within the gates build on the distinction of the residents and non-residents. As the physical distance between the rich and the poor shortens due to the ongoing urbanisation, restriction of spatial access becomes a mechanism to enforce a social hierarchy.

Gated communities are a landscape of power, dreamscapes of objective and lifestyle one deems suitable for one's social standing.