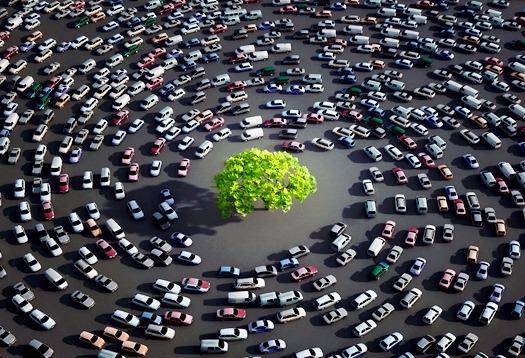 With urbanisation, a mark of human civilisation, paradoxically comes problems. Organisation of existing and incoming population while managing the ever increasing population are some of the most prominent problem city governments seek to address, especially in places like Hong Kong.

The physical restriction combined with growing population results in pressure of demand for real estate. Rents charged in private developments, however, are well beyond the means of ordinary residents.

Hence results squatting, where the population that cannot be contained with the established residential areas spill over and set up camp in the outskirts of urban area.

In an attempt to ameliorate the problem, the Hong Kong Government takes the approach of resettlement. Although the city is that of an absolute laissez faire economy, or the free market policy, the government reclaims land in large scale and allocate housing as it has become a necessity.

Despite the city's growing prosperity, the quality of life seems to deteriorate faced with the inflated housing market and congested living conditions. Of course such urban problems are not unique to Hong Kong, but in the global context, Asian cities occupy much smaller areas than cities of similar population size in the developed world.

On the other hand, the make-up of the city as a heterogenous, cosmopolitan destination allows for a sociological advantage it can capitalise on. Large number of permanent settlement by people of different background implies anonymity and tolerance of change.